Home sale may be sign of things to come 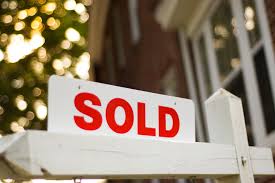 The big news in Durango real estate this week was the demolition of a home in Hillcrest at 205 Hillcrest Drive.  This is news because the home was listed for $585,000, and it sold on December 10, 2014 for $546,000, according to the public record.  This parcel is just over 1/3 acre, with views of Hillcrest Golf Club, and spectacular views of the La Plata mountains.  It was purchased by the next door neighbor for a new home to be built for their dad.

In my last article, it was mentioned that lot values are increasing in Durango, and close to Durango as the inventory of available lots has diminished from the market.  Currently, the least expensive residential lot that is available for purchase in Durango is $169,000 at 1420 Goeglein Gulch Road.

In real estate brokerage, and with lenders, we calculate the improvements of a property at approximately ¾ of the value of a home, and the land at ¼ of the value.  At the moment, if a person wants to build a home, with a lot value of $169,000, the total value of the property after building should be in a range of $675,000 to be in balance.  This is way above the median price for homes of $400,000 in the City of Durango, and it points to the possibility of future values in our City.  The Durango Herald published an article last Sunday, the 25th on what $400,000 will buy in Durango, and there are still lots of choices in that price range, but we may be seeing what the real cost of building new homes will be in the future.

We are aware of homes in California that are dated, but have great locations or views that are hard to replace, and we have heard over the years of paying high values, and scraping the home.  We have also seen that happen occasionally in Durango, but to my knowledge, the Hillcrest lot is the most expensive home to be purchased and the home demolished in the City of Durango.

Here are a couple of the other homes that have either been partially or fully removed, and that have a new home in place.  On January 5, 2012, there was a home sold at 802 E. 5th Avenue in the historic district, at a price of $440,000 that has been replaced with a new home.  At 159 Riverview Drive, a home was purchased in 2010 for $478,500, and replaced with a new home.  The prices are obtained from the public record.

There is very little land left in the area between Fort Lewis College and the western open space parks, and from the beginning of the Animas Valley to the commercial area south of town.  We will see some continued infill projects, where larger tracts of land are redeveloped into new spaces, but overall, we can expect to see increased interest in remodeling older homes, and perhaps removing old homes to build new homes.

The dynamic lifestyle in Durango, along with the opportunity to bike and walk from neighborhoods close to downtown makes Durango a special place to live, and it places a premium for these in-town homes and locations.

Welcome to The Durango Team

The Durango Team has decades of real estate experience in the Durango, Colorado area. Let us help you buy or sell your Southwest Colorado home.

About the Durango Team Search Durango Real Estate Contact Us

“Max was a very good communicator and always responsive to phone calls and E-mails. I have purchased a lot of houses over the years and he was one of the better real estate agents I have done business ...”
-trisgermain-